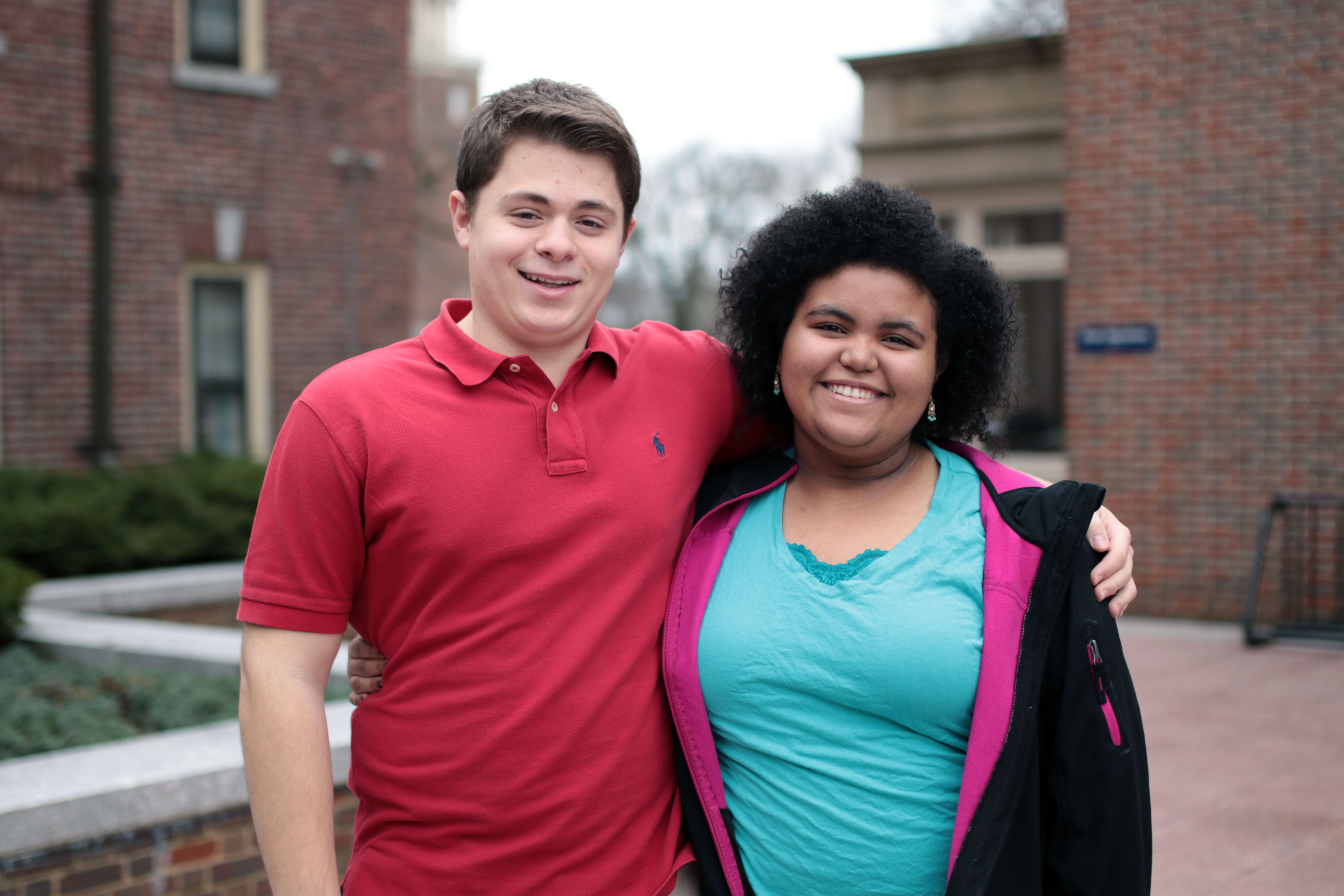 Why do you want to be Co-Presidents?

AP: We're entering a very pivotal time in Andover's [history], not just because of the new schedule change to the 4x5, but we're also going to have a new massive athletic complex and the [implementation] of our first Empathy and Balance curriculum. There's a lot of instances over the next year where students are going to need somebody on their side advocating for them and, especially, listening to them. You know, in the Student Council meetings sometimes, I've been asked why I don't speak up more - I'm not always the first one to talk. I think part of being a leader is being a listener and taking input, processing that input and putting together comprehensive solutions that address the needs of everyone.

MP: I completely agree with Arty. Andover has given me so much, through its leaders, through what it has to offer: materialistic and just lessons. I just see being Co-President as another way to pay back Andover. Even though, yes, you could do that through other roles, I see this as a different role where you're actually working with the students and as Arty said, advocating for the students directly.

What do you think makes an ideal Co-President?

MP: So I think that an ideal Co-President is someone who knows how to listen and knows how to hear everyone else's feedback in a constructive lense, instead of thinking that they are the main go-to power. It is also someone who is willing enough for change. You have to be on top of your feet, you have to know how to deal with stress and make that stress into something productive, something that could be used for the student body... I think you really have to be a main anchor for some people and to keep others afloat. By doing that, you're really supporting other people.

AP: I've seen through my experience on Student Council, there's kind of three phases. First phase: everybody's excited, everybody's energized - it's Spring Term and Fall Term. There's a lot of really good ideas being tossed around, people are having meetings. [Then,] Winter sets in, things start to slowly taper off, people lose interest, the meetings become more sporadic. Then at the end, people are looking to the elections at that point… We have a lot of the next group of [Juniors] that come in, the next group of Lowers, the next Uppers. They're going to need somebody [to] advocate for them the entire year, not just that short period of time before the college apps go in and then as Seniors, we kind of put our hands up and go "whatever happens, happens." I want to be there for all of the students, all the time that we're in office.

What makes you two a good pair?

AP: I think when the whole election process starts up and people look for their partners, the first thing they're always thinking of is electability. That comes from making sure your two partners draw unlike groups of people. I think not only Madison and I made ourselves an electable pair in that sense, but I think in getting just a bunch of different perspectives. We're two people who are involved in very different things, maybe hold different views on some issues, but after talking to Madison for long periods of time, I think we both have the same set of values and a deep care for Andover.

What would you say is the most important aspect of your platform?

AP: For me, I would have to say mentorship and integration. It's something that I saw lacking on the other platforms, and I wouldn't attribute it to that they didn't think of it or whatever. It's just for us, we made mentorship and integration a huge priority. We don't believe day students are receiving the same amount of mentoring the boarding students are, between trusted adults you just meet from being on campus, house counselors and sometimes advisors on top of that.

MP: So I think that the health and wellness component of our platform is the most important just because my personal connection to health and wellness as someone who has dealt with mental health issues in the past. It's also because, throughout my three years at Andover, I've seen other Co-Presidents mention health and wellness, but I feel as though it's always sort of like "we'll mention it, we'll take a little step towards it, but it's not that sort of leap that the school needs." So with our platform right now, it has a lot of student-driven reforms within the health and wellness curriculum, including a public health educator which will be a peer student working with their other peers and even student-driven orientations for the [Rebecca M. Sykes Wellness Center.] I just think that right now, our health and wellness curriculum is being built on for future years, but for next year we're in this year of transition and right now it's sort of not there.

In what ways have you two done your campaigning for the Co-Presidency campaign?

MP: We have a Facebook page, and we talked to our friends a lot about our campaign. During the signature process, a good strength of ours was that we, before we even collected signatures, sat down with each other and said, "What do we want to talk about before we go get these signatures?" [We asked each other], "Are there three things that we want to mention, and like just brief things about our platform?"

Do you guys have a campaign slogan?

AP: I mean both of our last names start with P, so we could do "Paleologos and Pettaway for PA."